Ernesto Neto creates sculpture and sculptural environments, often involving non-traditional art materials and techniques such as stretchy semi-translucent fabric, cushions and crochet, aromatic spices and music. Neto’s work speaks to the viewer’s entire body, converting the viewer into an active and autonomous participant in the experience of the art work.

Neto is best-known for his large-scale, immersive environments, often populated by amorphously pendulous shapes, and often creating an atmosphere of playful irreverence that points to the Brazilian Neo-Concrete and other vanguard movements of the 1960’s and 70’s. While generally composed of apparently simple forms, in these works Neto in fact carefully employs materials in such as away to allow them to express their innate qualities yet to interact inventively but with great delicacy with their architectural settings.

Neto’s more recent work has drawn on source material drawn from the indigenous cultures of Brazil, incorporating shamanism, cosmologies and belief systems, collaborative works and perception-altering practices. As in his highly tactile yet highly sculptural works, viewers are at once inside and outside, heightening the perceptual relationship of the body to the space that surrounds it, and, ultimately, back again, unto itself. 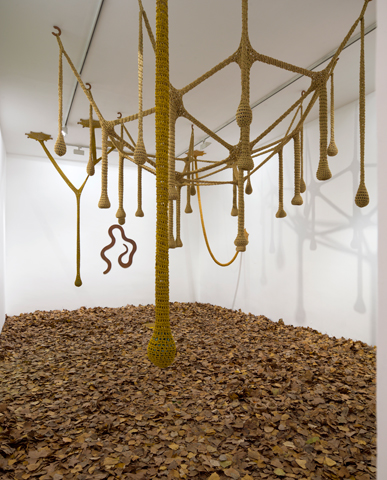 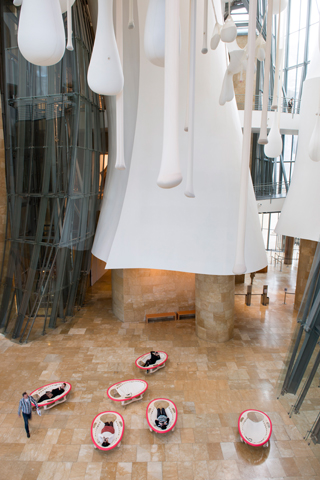 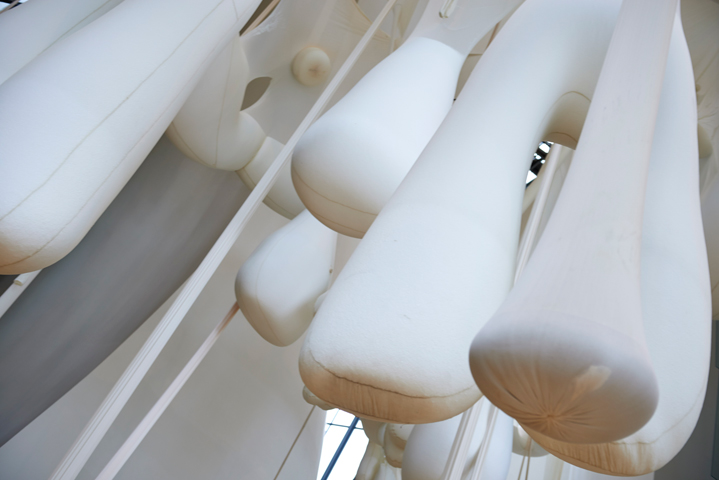 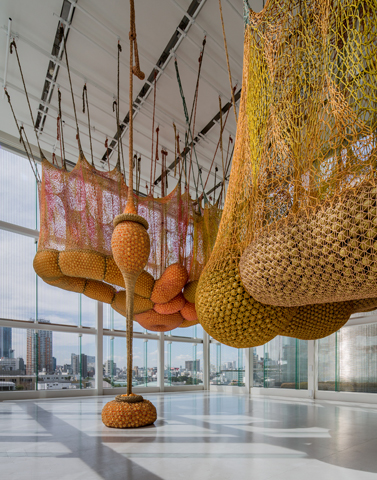 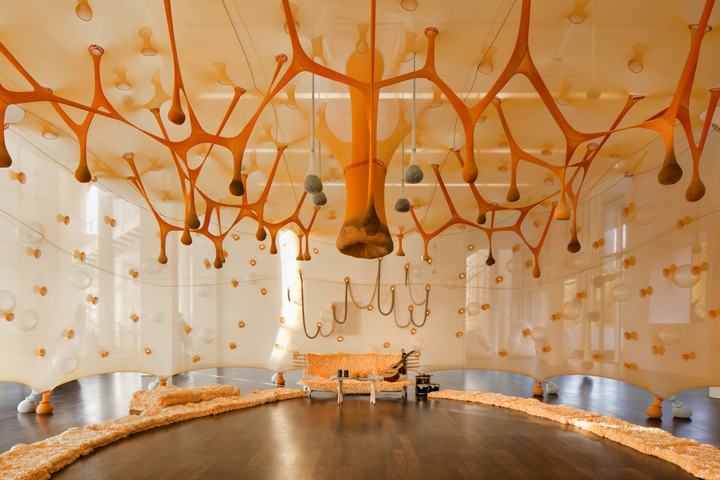 Ernesto Neto. There is a Forest encantada inside of us, 2014
Installation view Arp Museum Bahnhof Rolandseck. 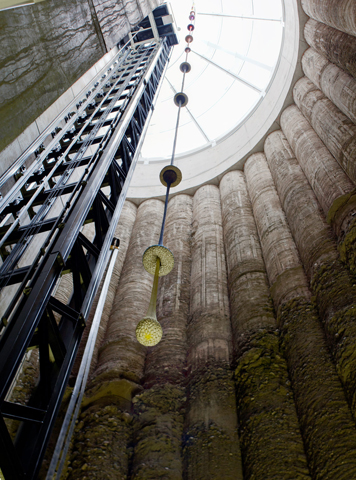 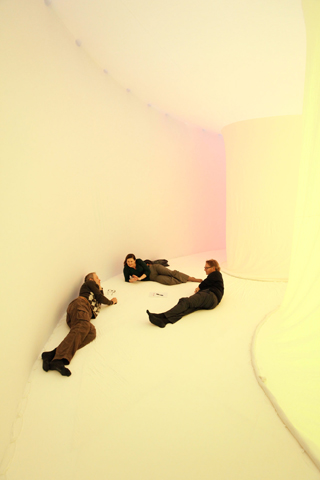 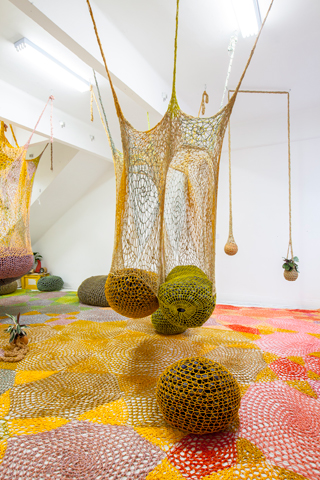 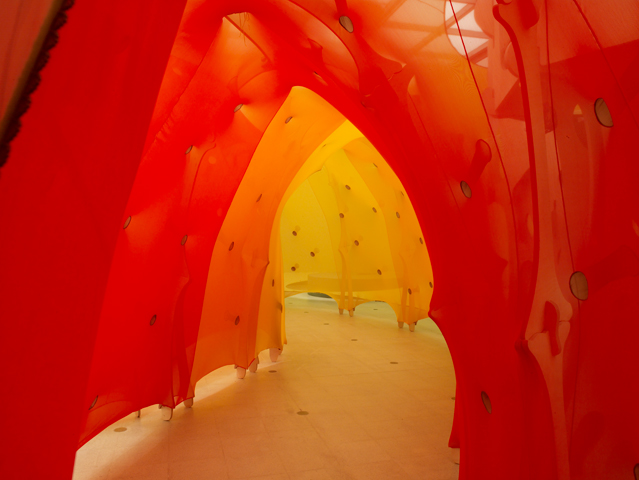 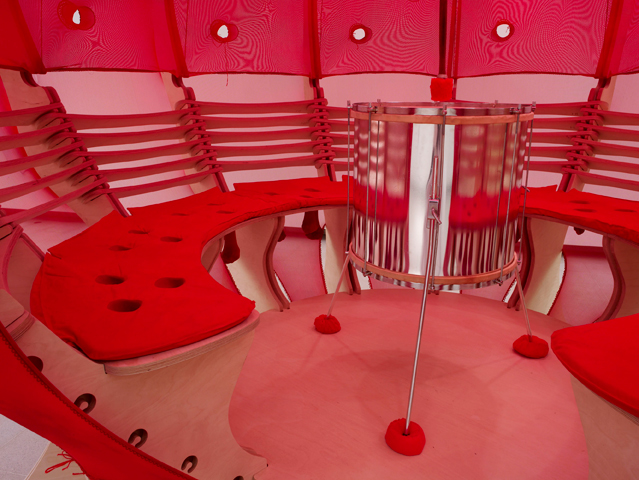 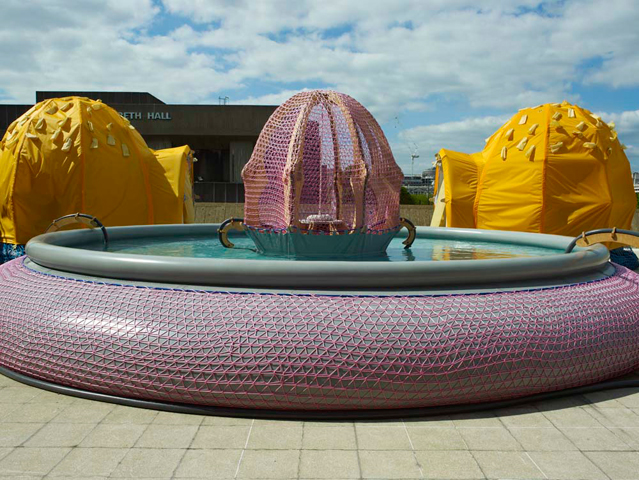 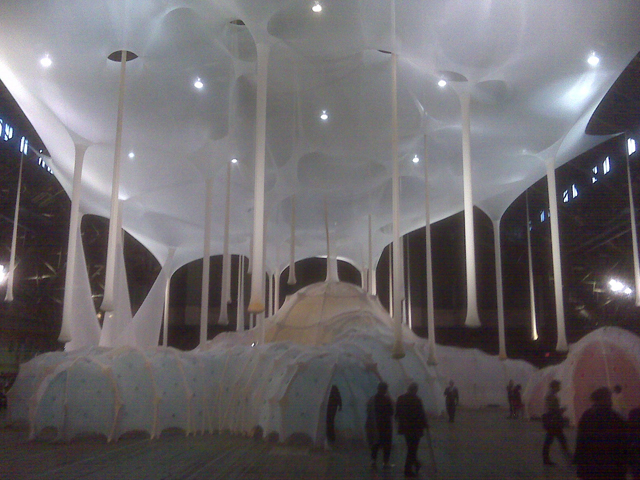 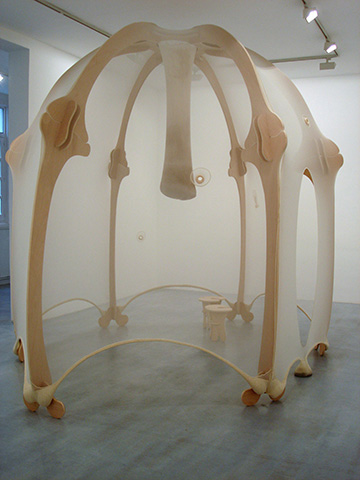 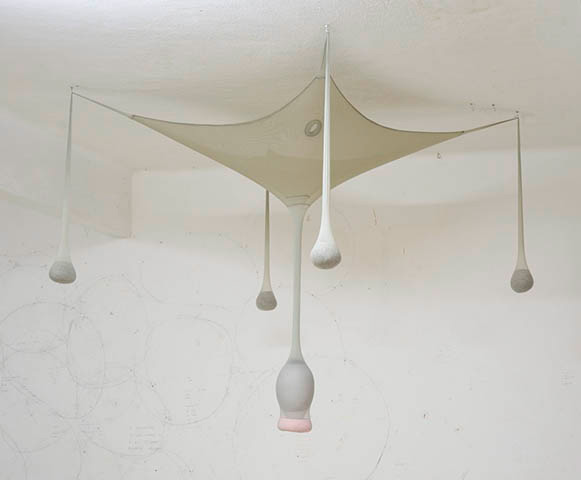 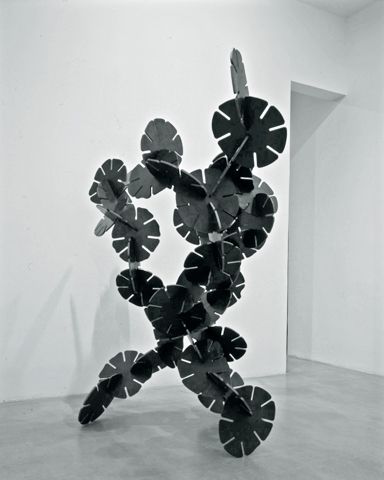